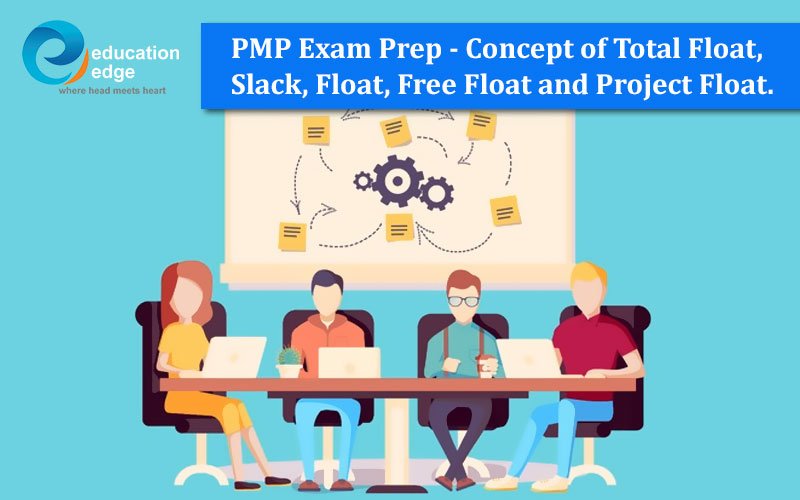 Project teams seem to have used the concept of Total Float, Slack, Float, Free Float and Project Float interchangeably. Some of these terms are interchangeable though but not all.
Due to the elaborate nature of content, at times it is challenging to address all concepts as a part of PMP Exam Prep Course. Creating simplified content at times helps understand complex reality and also gives all the participants to think and understand it in their own time and space.
When it comes to PMP Exam, it is important to map the concepts of Total Float, Slack, Float, Free Float and Project Float to how PMBOK guide needs us to learn them.
Remember, most of the exam is formed on the foundation of PMBOK guide, so it is important to decipher the guide rather than looking for alternative sources. PMBOK is not that complex, if you diligently read it.
First thing first –
Tip – From exam standpoint Float, Slack or total float mean the same. Free Float however is different. Hence, it is important to clearly distinguish between the two.
So, what is Float, Slack or Total Float?
Total float, Slack or Float is the amount of time an activity can be delayed without delaying the project completion date (important to remember – Project Completion Date. On a critical path, the total float is zero.
Total float is often known as the slack or Float.
You can calculate the total float by subtracting the Early Start date of activity from its Late Start date (Late Start date – Early Start date), or Early Finish date from its Late Finish date (Late Finish date – Early Finish date)
What is Free Float?
Free Float is going to be a bit different and is a concept that has been seen on the exam recently.
Free float is the amount of time an activity can be delayed without delaying the Early Start of its successor activity (point to remember – delay to an activity not the project as it was with Float, Total Float or Slack)
Free float is calculated by subtracting the Early Finish date of the activity from the Early Start date of the next activity (ES of next Activity – EF of current Activity).